Morocco launches campaign to give UK food companies a taste of its quality, credible, sustainable produce 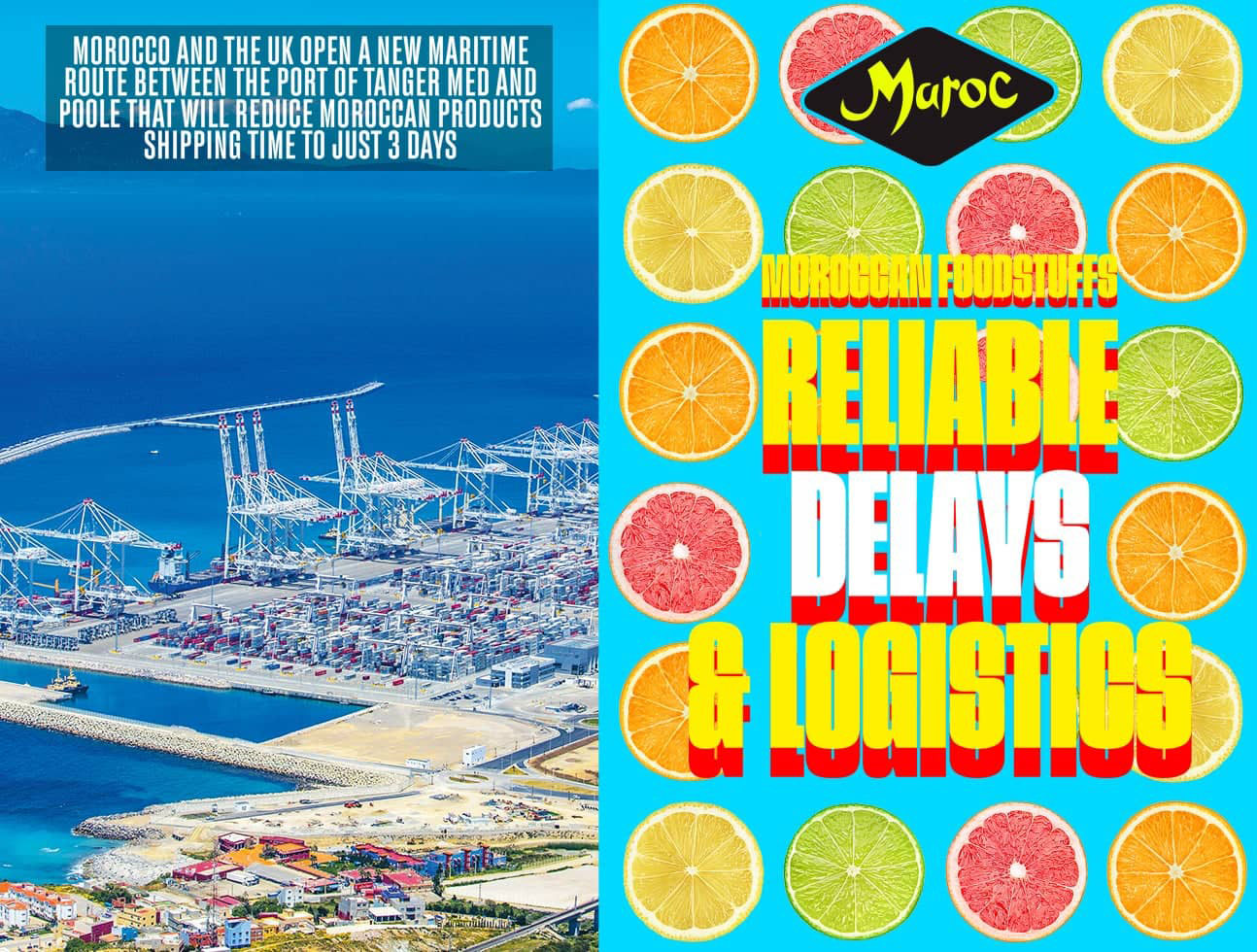 Morocco has launched its first food and drink export campaign in the UK to inspire British businesses and consumers to explore the richness and quality of Morocco’s diverse food products, as well as promoting its offering as a quicker, reliable and credible trading alternative.

The multi-channel campaign includes a series of both B2B and B2C creative assets that highlight the importance of Moroccan agriculture and foodstuffs to the respective audiences, with a heavy focus on the quality and diversity of its food and drink sector, as well as its sustainable farming practices, competitive prices and reliability of the logistics involved to transport goods between the two countries.

It coincides with the opening of a new direct shipping route between Tangier in Morocco and Poole in the UK, cutting journey times from more than six days by road to less than three. Until now, maritime trade between the two countries took place via two crossings, with the shipping route passing through Spain. The new route will significantly reduce emissions compared to previous logistic chains by road.

A country with a long-standing relationship with the UK and Europe, Morocco offers modern, secure and high quality manufacturing processes which meet top British standards at competitive prices, allowing buyers in the sector to offer credible, reliable alternatives at lower prices without compromising on quality.

“The special relationship between Morocco and the UK dates back over 800 years and it continues to get stronger every year,” said El Mehdi El Alami, Director of Export Promotion and Development at Morocco FoodEx. “And now, we have a real opportunity to take our economic and trade relations to a new level. Food is such an important part of Morocco’s history and identity and we’re passionate about the high-quality produce, authentic cuisine and sustainability of our food and drink offering. That’s what we want to celebrate and promote to the UK through this campaign.”

Morocco, a key exporter of produce including citrus fruits and market vegetables, fish and other processed and local produce, has a rich heritage in agriculture and agribusiness – a key pillar of its economy. With approximately 33,000 square miles of arable land and a temperate Mediterranean climate, the agricultural potential of Morocco is unmatched.

The campaign marks the beginning of a wider awareness initiative from Morocco Foodex to promote the quality and importance of Moroccan agriculture.

The campaign will also be supported by an experiential food sampling campaign across London.